My kids never met a ham they didn’t like and this Pineapple and Brown Sugar Ham is no exception.

In fact, this is one of their favorite preparations.  It’s also one of mine as it only requires four ingredients: ham, pineapple, brown sugar, and cloves.

Pop it all in your slow cooker and forget about it.  I used my new Hamilton Beach Set ‘n Forget Slow Cooker with the temperature probe.  I merely sealed the lid and then inserted the probe through the hole in the lid and into the ham.  I set the slow cooker to heat the ham to an internal temperature of 140 degrees and then it automatically alternated to the warm setting thereafter.  How amazing is that?!? 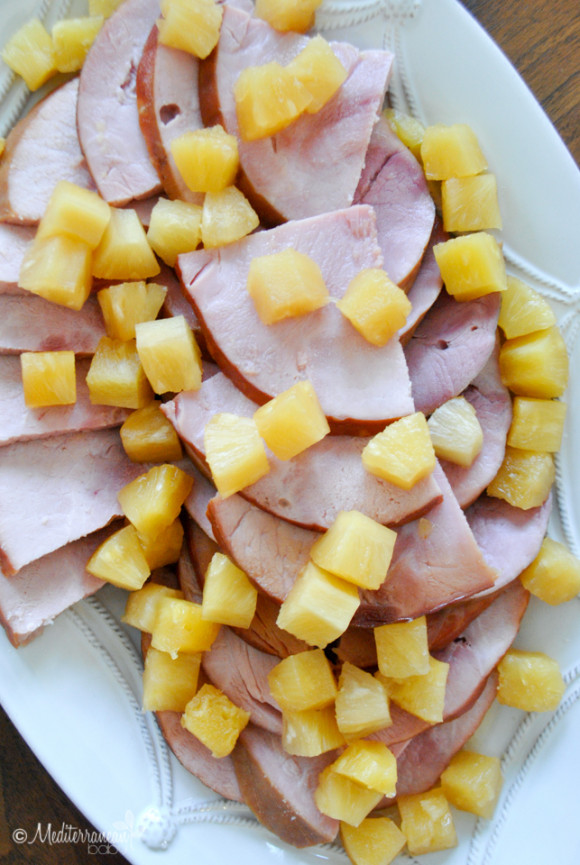 ***Don’t forget to comment on our Hearty Tuscan Slow Cook Soup Recipe and be entered to win a brand new Hamilton Beach Slow Cooker! Be sure to enter by Midnight tonight!!! Winner will be announced tomorrow…#slowcookermeals

Place the ham in the slow cooker.

Top with brown sugar and jar of pineapples and juice.

Insert cloves into the ham.

Set, forget, and serve when you're ready!

One Response to Pineapple and Brown Sugar Ham